Giving Your Home A Facelift 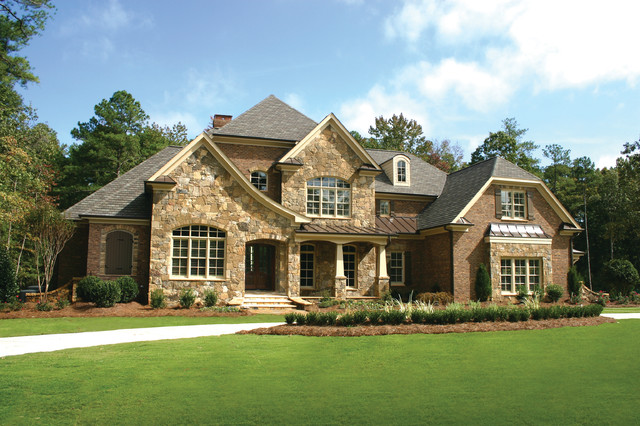 The minor electrical works permitted include the replacement or installation of switches, socket installation or replacement, replacement of damaged cables, etc. These works are allowed, except for some special locations like the bathroom or the kitchen, where you must call for professional help.

Both the minor DIYs and the major electrical works like installation of new circuit units or fuse boards, all require inspection and approval for safety from the Building Regulations, even though the electricians can carry out the inspection themselves, given their level of qualifications. Nonetheless here are some of the electrical improvements an electrician can render in your home.

In this case, rewiring begins with fixing the backing boxes in place and routing all the cables, and this is known as the first fix. The second fix involves installing light fittings, covering the switches and sockets, etc.

Note that rewiring is so much easier when the house is not occupied or empty than when it is. This is due to the fact that old houses have their cables and wires often buried in the walls, ceilings, or floors, and finding them can be disruptive.

Normally, cables need to be run through floors but are at the risk of damaging the floor structure. Hence, they are hidden within timber stud work walls or run through the walls and plastered over.

Upgrade of the electrical system often involves the addition of new sockets, light fittings, and switches. It also includes upgrade in specific areas of the house like the bathroom and outdoors.

Consumer units, often called fuse box are very important because they help reduce the risk of electrical disasters. You should replace your old fuse box when it has rewirable fuses. The new fuse box has a mini circuit breaker.

This automatically trips off when there is an overload, preventing an electrical incident. Also, the modern fuse box provides additional residual current device protection for vulnerable circuits.

Earth bonding protects houses and people who live in it by connecting the metal components in the house with an earth wire. This prevents electrical accidents which can be fatal to the occupants.

Although the electrical system of houses above 25 years of age cannot be compared to that of more recent houses, the old houses can still be upgraded to fit the modern standard of electrical service in modern homes. Earth bonding requires bonding metal items like the incoming service pipes to the electrical system.

Addition Of New Sockets And Switches

The major cause of complaint in houses is the shortage of sockets and switches to meet up with the demand for modern technology. This makes it easy for extra switches to be added to homes during a renovation.

A modern house should have at least three to four-socket outlets in each room, about five to six for the kitchen and the same number for the living room.

A few extra can be added to the hallways. However, they should run in plastic conduits to avoid damaging the walls or ruining the decorations. According to Building Regulations, power sockets should not be less than 450mm from the ground, and light sockets not be higher than 1200mm from the floor.

Wet rooms are special areas like the bathroom and the kitchen. These areas are high-risk areas when it comes to electrical wiring. Wiring in these areas must be done in such a way that there is no risk of a person being electrocuted while touching or using water at the same time.

Due to this, there are no sockets placed in the bathroom, as even the light switch must be outside on the wall. Although the bathroom still needs electrical fittings for the heater, shower, etc, the only ones allowed are special voltage low fittings. Also, the bathroom must be protected by a residual current device of not more than 30mA.

Light fittings are not a cause for concern for the Building Regulations, as they are more concerned with matters concerning electrical safety. However, when there are major renovation projects that involve light fittings, such as a new bathroom or expanding the kitchen, there are still rules that must be followed.

This is also regarded as a risk area, although not as risky as the wet rooms. This is because the power supply runs to the pond pumps and the garage, and this can prove very dangerous. Because of this, the outdoor electrical work must be controlled and the circuits protected by the residual current device.

If there are cables present, they must be run in a special external grade protective conduit.

Safety tests should be conducted in homes every decade, or when there is a change of ownership. This is simply done to ensure that the electrical works are still in good shape and poses no risk of electrical disasters.

A qualified and experienced electrician can only do it, and it involves checking all sockets and switches, checking the wiring, circuits, RCDs, consumer units as well as testing the insulation resistance to cables.

When it comes to major electrical works, you need a trusted, qualified, and experienced electrician to help you with all electrical works. Whether it is socket installation in London, partial or complete wiring, we at Electric Works London have what it takes to ensure safe electrical work. Give us a call today.

Tips to Hire Best Plumbers in 2020

Jiu-Jitsu Rash Guards: The Hidden secret to a Smooth Fight

5 Matters in Which You Must Not DIY